The 45th Parallel - Linking Shaniko to the World

Is there a link between the towns of Shaniko, Oregon and Turin, Italy? Surprisingly yes, as both are located on the 45th parallel, a line of latitude circling the earth halfway between the North Pole and the Equator. When standing on the line near Shaniko, this latitude also connects you with the hot springs of Yellowstone Park, with the wine regions of Bordeaux, with the Crimean Peninsula in the Black Sea, with the deserts of Mongolia, and with the snowy northern islands of Japan.

Prior to the town of Shaniko, there was a post office, saloon and 16-room inn at Cross Hollows, about 600 yards south of the 45th Parallel. This hamlet developed in 1874 as a stage station on the Dalles-to-Canyon City wagon road. It was abandoned in 1900 with the coming of the railroad line and the establishment of Shaniko as its terminus, 300 yards north of the 45th Parallel. 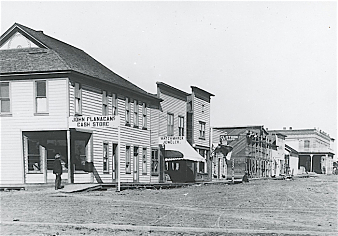 Shaniko was a planned city from the beginning. Investors from The Dalles decided a railroad line from Biggs Junction on the Columbia River could profitably tap the vast wool and grain country of the Central Oregon interior. Due to the rugged topography, Shaniko was as far south as a railroad could practically be built — so that’s where the Columbia Southern line ended.

The town began as a tent city out on the treeless plain, but substantial buildings were quickly erected. The brick Columbia Southern Hotel, constructed in 1902, was the town’s centerpiece and many wood frame buildings followed. By 1910, the town had a population of 600 and wool sales of over $5 million. In its heyday, Shaniko was known as the “Wool Capital of the World” and served as the transportation hub for most of Oregon east of the Cascade Mountains.

But the boom was short-lived and began to falter in 1911 when another railroad company built a competing line up the Deschutes River canyon. That same year, a fire swept through the town and destroyed most of the business district. But the residents of Shaniko managed to hang on, as the wool and grain markets of the interior began a long decline. However by 1942, the railroad line was in such disrepair that freight service was ended and the tracks were pulled up.

Today, the town has about 35 residents, so it is not really a ghost town. The Shaniko Preservation Society is working hard to restore and maintain the remaining buildings. Visitors will find gas, a general store and an ice cream shop — plus a unique window into Central Oregon’s past.

45th Parallel Around the World

Though the 45th Parallel is an abstract line of latitude circling the globe, people of many diverse cultures living along it have made it tangible with roadside signs, plaques, sculptures, and monuments of various descriptions. Not only do these markers remind the local citizenry of their temperate location, midway between the sweltering tropics and the frozen north, but they also celebrate their connection with other peoples around the world. A sampling of various monuments along the 45th Parallel: 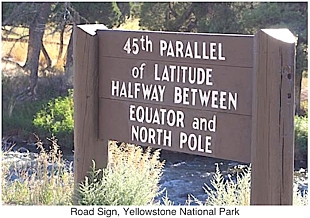 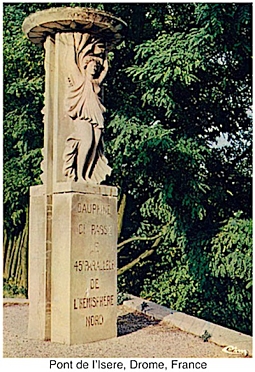 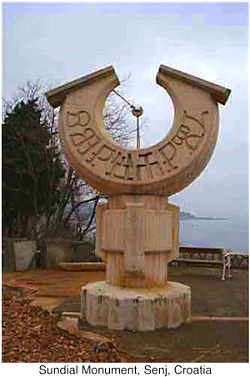 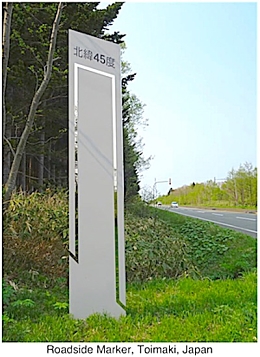 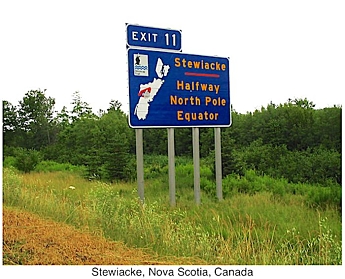